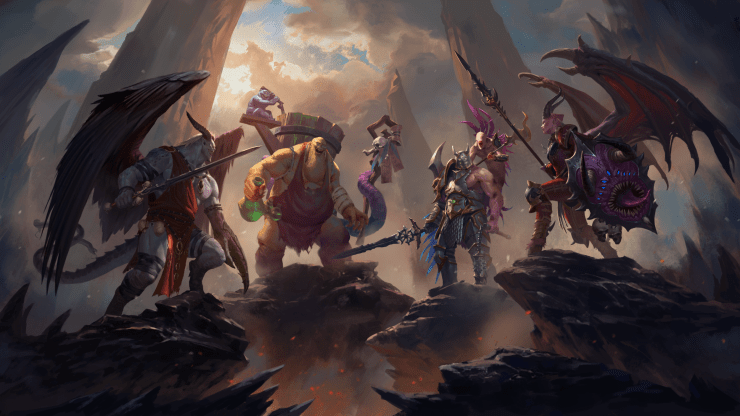 We’ve got Chaos! SEGA Europe Ltd. and Creative Assembly have announced the latest DLC expansion for Total War: Warhammer III is now available. Champions of Chaos adds four new Warriors of Chaos Legendary Lords (50% more Lords than you normally get), over fifty new battlefield units, new gameplay mechanics and a never-before-told story that ties it all together.

The four new Lords are Valkia the Bloody (consort of Khorne). Festus the Leechlord (plague-doctor of Nurgle), Azazel, Prince of Damnation (heir of Slaanesh) and Vilitch the Curseling (conjoined twin of Tzeentch).

In the ancient arena-city of Zanbaijin, the servants of the Chaos gods have clashed for millennia and the souls of those who fall in battle are sealed within the Altar of Battle. As a Champion of Chaos, you must earn the gaze of your master through bloodshed and ritual before taking the arcane power as your own. From there, the true test awaits.

There’s more: you don’t even need the DLC to play the beta for Immortal Empires, a new grand-scale campaign mode for Total War: Warhammer III that any owner of a Total War: Warhammer title can play. Play as up to 86 Legendary Lords, each with and a unique playstyle and gameplay mechanics. New gameplay features include Be’Lakor as a playable Legendary Lord, an all-new ‘Sea Lanes’ mechanic to help circumnavigate the map, updated mechanics and playstyles for factions introduced in previous Warhammer games, extra end-game scenarios and more.

“Immortal Empires represents the world-encompassing vision we’ve been aiming towards since we first partnered with Games Workshop, and it’s great to see that become a reality,” says DLC Director Richard Aldridge. “It’s the most ambitious game mode we’ve ever worked on and will usher in years of post-release content for Total War: WARHAMMER III”.

Both Champions of Chaos and the Immortal Empires beta are downloadable now for Total War: Warhammer III.