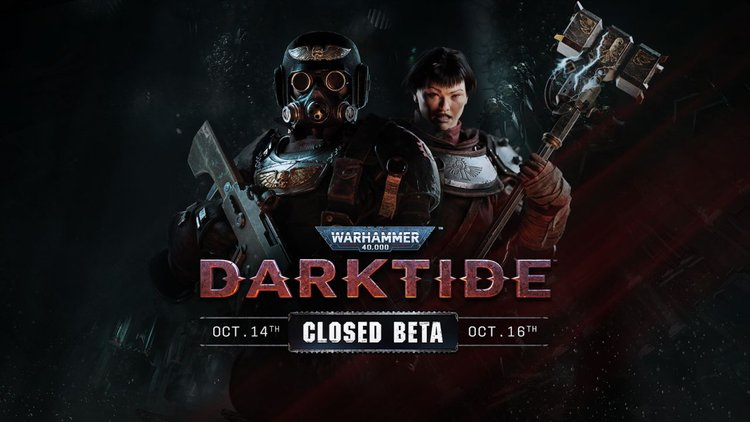 Two important bits of info today regarding Warhammer 40,000 Darktide: one, we now know when the closed beta will be held. Two, it’s not too late to throw your name in.

Developer Fatshark has announced the closed beta will be held from October 14 through October 16. Signing up could not be simpler: just head to this page and enter your E-mail address. You’ll get an E-mail back requesting some more info, like the platform you’re using and any hardware specifications if you’re using a PC. Then just wait. If you’re one of the chosen few, you’ll eventually get a redemption code you can enter into Steam.

Darktide is a violent co-op shooter from a first-person view that takes place in the vast but crumbling city of Tertium, now under attack from vicious forces. The city’s only line of defense is in the Rejects, an army of convicts sentenced to serve the Inquisition through any means necessary — including sacrifice.

You and your friends, playing as Rejects, will be mostly alone against an endless wave. You may recall that Fatshark are the makers of the related Warhammer series Vermintide,but this one is not quite the same. Because your team is doing this alone, they must rely on ranged strategies rather than mindlessly charging forward.

Warhammer 40,000: Darktide will be open for all PC players November 30. The game is also planned for XBox Series X.

Warhammer 40,000: Darktide – World Intro Trailer
Be the first to comment!
Leave a reply »