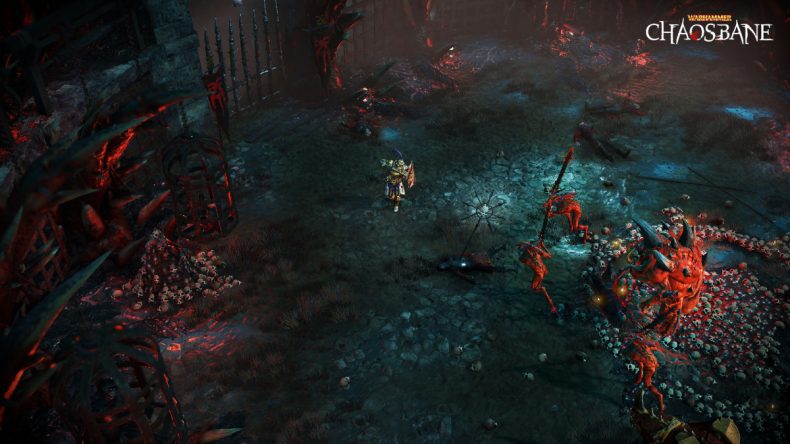 What was the inspiration behind the music of Warhammer Chaosbane? Who made it?

Bigben and EKO Software are delighted to share a video interview with Chance Thomas, the music composer of Warhammer Chaosbane.

Chance Thomas is well-known for his work creating music for films and video games. He composed the music for DOTA 2, The Lord of the Rings Online, King Kong and recently Warhammer: Chaosbane! After delivering a fantastic score for the main game, Chance Thomas is now composing the music of the Tomb Kings expansion, set to release later this year.

In the video, Chance speaks about his working methods and his inspiration for the atmospheric music he composed for Warhammer: Chaosbane: I try to totally immerse myself in that world, in that fiction.  It’s almost like a method actor — what would I really feel like if my family was being threatened by the Chaos horde?   And to the degree that I get in touch with the emotions that I think I would really feel in that world, then I start to have musical ideas present themselves in my mind.”

Everything You Need to Know About Warhammer: Chaosbane