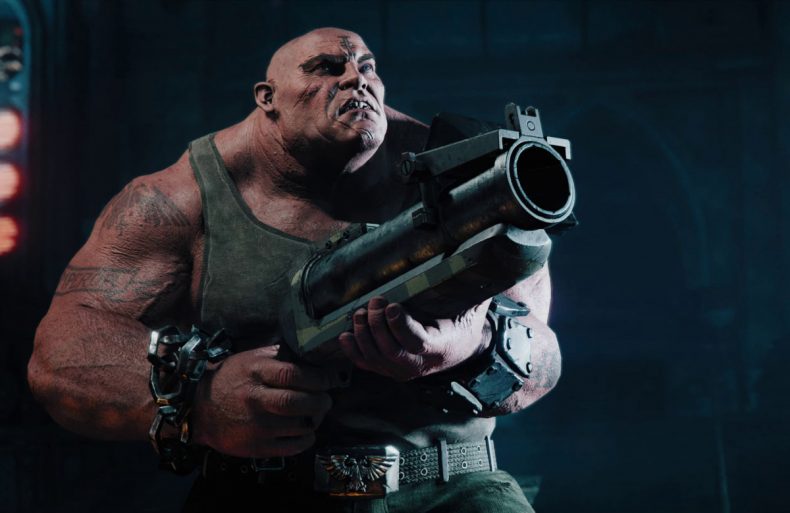 Ready to take another look at Warhammer 40,000 Darktide? What was shown off recently in the latest trailer?

The Game Awards, which at this point consists of 95% trailers and announcements and 5% award ceremonies, took place the night of December 10. One of the many, many trailers that appeared was the long-awaited gameplay showcase for Warhammer 40,000: Darktide.

Darktide.comes to us from Fatshark, developers of Warhammer: Vermintide. This one looks to be more of the same: co-op shooting in the Warhammer universe.

You and your friends will be fighting on Atoma Prime, a planet that’s been taken over by an evil cult. They’d like to maintain their grip and don’t appreciate your presence. Plenty of its members will be rushing to kill you, and can only be stopped if they’re dead themselves. Use whatever it takes — blunt instruments, rapid-fire guns, or whatever you find lying around.

There is still no specific release date announced for Warhammer 40,000: Darktide, but it’s believed to be coming to PC and XBox Series X in 2021. Are you interested in Darktide?

In the depths of the hive, the seeds of corruption threaten an overwhelming tide of darkness. A heretical cult known as the Admonition seeks to seize control of the planet Atoma Prime and lay waste to its inhabitants. It is up to you and your allies in the Inquisition to root out the enemy before the city succumbs to Chaos.

Step into the dystopian and violent world of the Warhammer 40,000 universe where you play the part of a convict turned agent who serves the zealous Inquisition in its mission to exterminate Chaos cultist corruption.

Everything To Expect From Warhammer 40,000: Darktide
Be the first to comment!
Leave a reply »