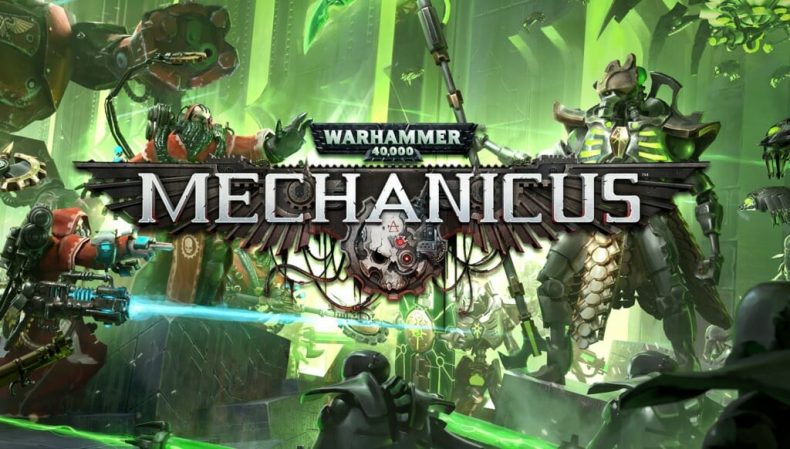 Kasedo Games and Bulwark Studios are pleased to announce that Heretek, the expansion to the critically acclaimed Warhammer 40,000: Mechanicus, is now available for Windows PC, Mac & Linux, priced at $9.99, €9.99, £6.99.

Exposing the dark underbelly of the Adeptus Mechanicus faction like never before, in Heretek, players must uncover what has brought civil unrest to The Caestus Metalican while also battling the fearsome Necrons on Silva Tenebris.

In the all-new plotline written by Black Library author, Ben Counter, discover and utilise new disciplines, missions, weapons, troops and environments all while being corrupted from within by a cohort of heretek Tech-Priests.

In addition to the standard Expansion, a special ‘Plus Edition’ has been created adding extra content for Mechanicus fanatics.

New Discipline to utilise: Unlock the Xenarite. A discipline that is specialised in using xenotech, a largely forbidden practice for those that follow the Omnissiah! Plus all new augments for you to customise the appearance of your Tech-Priest.

5 new missions: Experience five new missions based in the Ark Mechanicus, each with a new delivery system for narrative. The choices you make will impact the battle for that mission.

New but familiar enemies to face: Face your fellow brother Tech-Priests in an internal conflict over Necron xenotech while also holding back the wakening of the Necrons.

New mission environment: Experience combat inside an Ark Mechanicus for the first time in Warhammer 40,000 history.